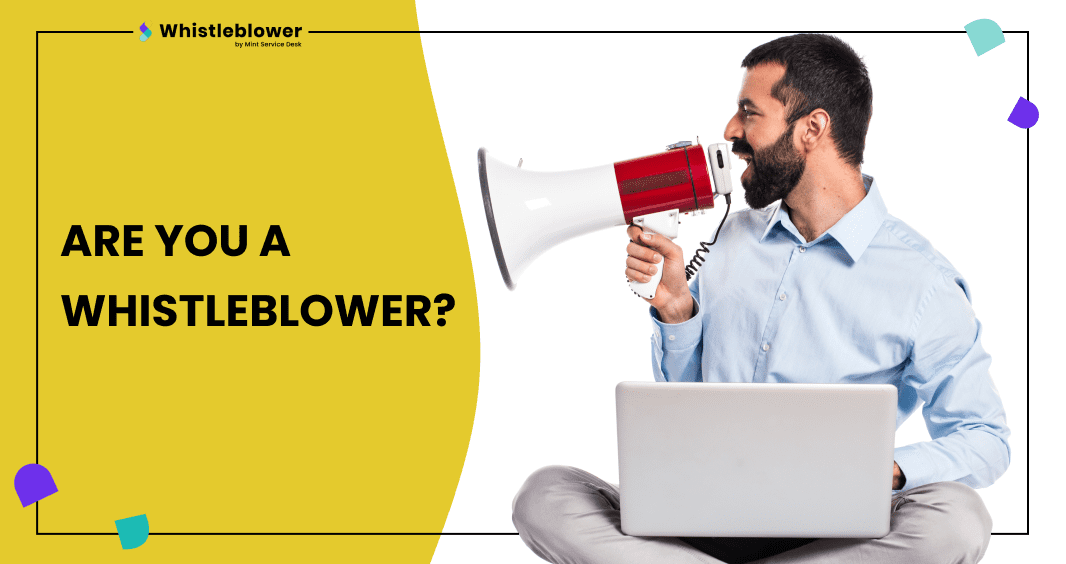 In recent years, Whistleblowers play a very important social role in drawing attention to and revealing irregularities or fraud in the various sectors that are covered by the Whistleblower Protection Directive. What conditions must an employee meet to become a Whistleblower and become legally protected against retaliation?

Who is the Whistleblower?

According to the Whistleblower Protection Directive, a Whistleblower is a person who has information about direct or indirect breaches. To obtain the status of a Whistleblower, the reporting person should rely on facts about events that had or could have a negative impact on the interests of the company and its employees.

Whistleblowing is intended to prevent unlawful behavior in the future and to solve any problems as soon as possible. It is worth noting that the person reporting violations takes actions with the best interests of the company and the general public in mind, and therefore should not be associated with the informer. The latter term refers to people who are driven by their self-interest for the sake of personal gain. On the other hand, the Whistleblower, motivated by improving the quality of work, reports illegal situations that bear the hallmarks of, for example, mobbing, corruption, or money laundering.

Thanks to the entry into force of the Whistleblower Protection Directive, Whistleblowers do not have to worry about repercussions or retaliation, as they are legally protected by European Union law, and after the approval of the new draft act, also Polish.

In a company, it is the employees who are most familiar with the functioning of their workplace, the prevailing atmosphere, and the rules. They know their co-workers and management, therefore they can identify irregularities and frauds in the fastest and most effective way. There are several issues regarding whether a given employee reporting violations may be qualified as a Whistleblower:

Reports that come from people inside the company are one of the most effective methods of improving the workplace and the functioning of enterprises. If the answers to all the above mentioned questions are yes, then the person falls under the provisions of the Whistleblower Protection Directive. However, it is important that the report takes place through an internal channel for handling reports, which may be, for example, the Whistleblower system, and that the employee has evidence to support his allegations. Then, he is legally protected and should not be accused of libel or denunciation.