How does the Whistleblower Protection Act contribute to the fight against mobbing? 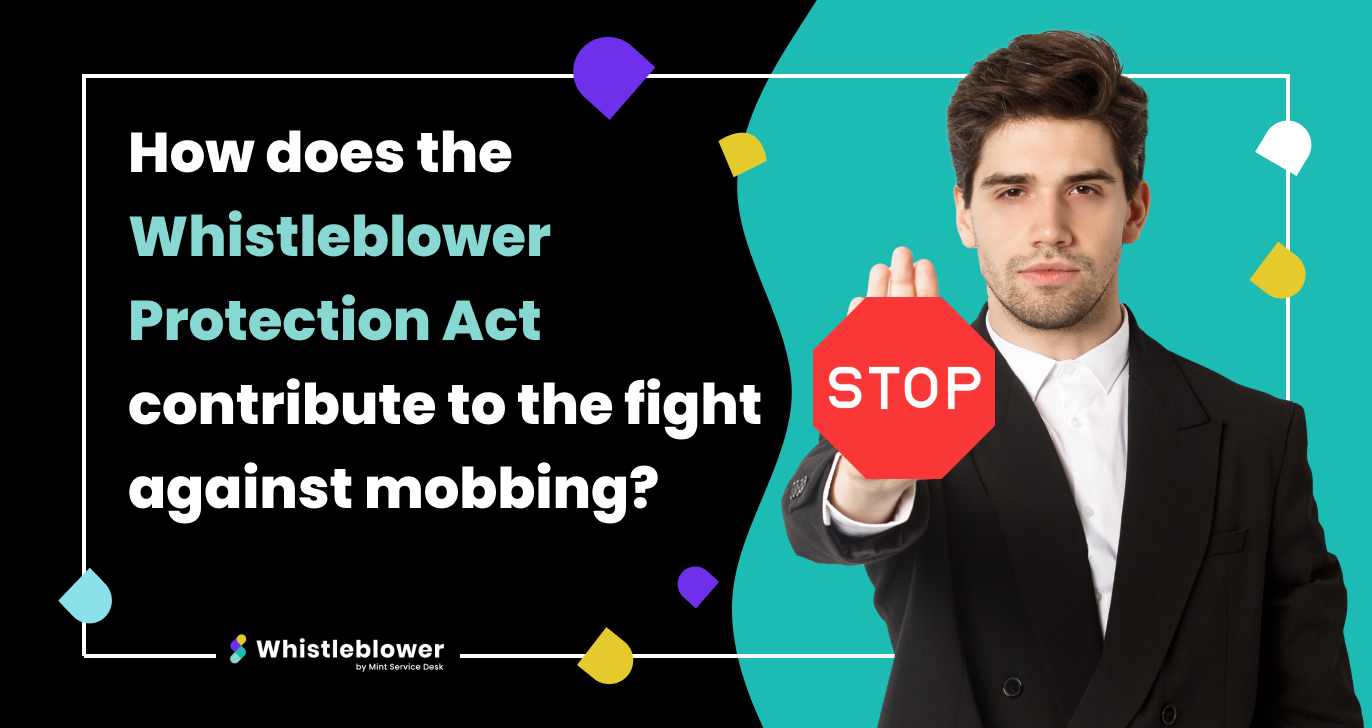 What exactly is mobbing?

Mobbing is a deliberate, long-term, persistent and premeditated action, manifesting itself in psychological harassment of an employee verbally or non-verbally by the supervisor, colleagues or the entire organization. This type of behavior is intended to ridicule, degrade, isolate or eliminate aspecific person from the work environment. The law defines in detail the behavior and persons in the cases of mobbing.

1. The actions concern or are directed at the employee.

2. The action excludes aone-time occurrence, and refers to deliberate, persistent and prolonged harassment.

3. As a result of this type of behavior, the mobbed may be in a bad mental state, have lowered self-esteem and struggle with anxiety states, which significantly limit the performance of work.

4. The actions are aimed at degrading,isolating or discrediting the employee.

All the above-mentioned issues must be met together for a given behavior to be considered a manifestation of mobbing. This type of violation also includes threats, shouting, constant criticism, ridicule, obstruction of communication with others, distraction from tasks, giving up work and preventing you from expressing your own opinion.

The Whistleblower system was created in order to report breaches by employees. Due to its compliance with the legal requirements of the directive, it is the best software for reporting irregularities, also in the case of mobbing

It is employers' responsibility to create a work environment that is friendly to all employees and in which there is no consent to illegal behavior. Consequently, they are obliged to take steps to combat mobbing. They can do this by informing people about the risks and consequences of this type of behavior. It is also important to introduce appropriate anti-mobbing procedures that enable their detection and the fastest possible elimination. In the event that principals neglect the above-mentioned obligations, they may be subject to severe sanctions.

The Whistleblower system is the best tool for reporting irregularities in the workplace that employers can provide to their employees in connection with the entry into force of the directive.

How do Whistleblowers prevent mobbing in the workplace?

Whistleblowers' main tasks include acting in good faith and reporting irregularities in organizations. In the event of mobbing, an employee who has fallen victim to this type of illegal activity has the right to report them via the internal channel for reporting violations. It is the duty of employers who are subject to the rules of the directive to enable notification of situations where the law is violated. Moreover, the act regulates the protection of Whistleblowers and expressly prohibits retaliation against them. It is also very important to protect the confidentiality of the identity of these persons. Under no circumstances may mobbing be a response from the employer or associates to report any other violation of the law in the workplace.

Due to the appearance of Whistleblowers, many irregularities, which so far have not been reported for fear of repercussions, are now signaled to the management and resolved inside the company, which improves the conditions and atmosphere at work. The entry into force of the Directive on the protection of Whistleblowers also significantly affects those who wanted to break the law or planned to take retaliatory action, for example in the form of mobbing. This increases the level of security throughout the organization as many employees will abandon illegal activities fearing the consequences and will not go unpunished in the event of a breach. The whistleblowing policy guarantees success when management adheres to moral principles and helps employees better understand the law.