Which European Union countries have implemented the Whistleblower Protection Directive? 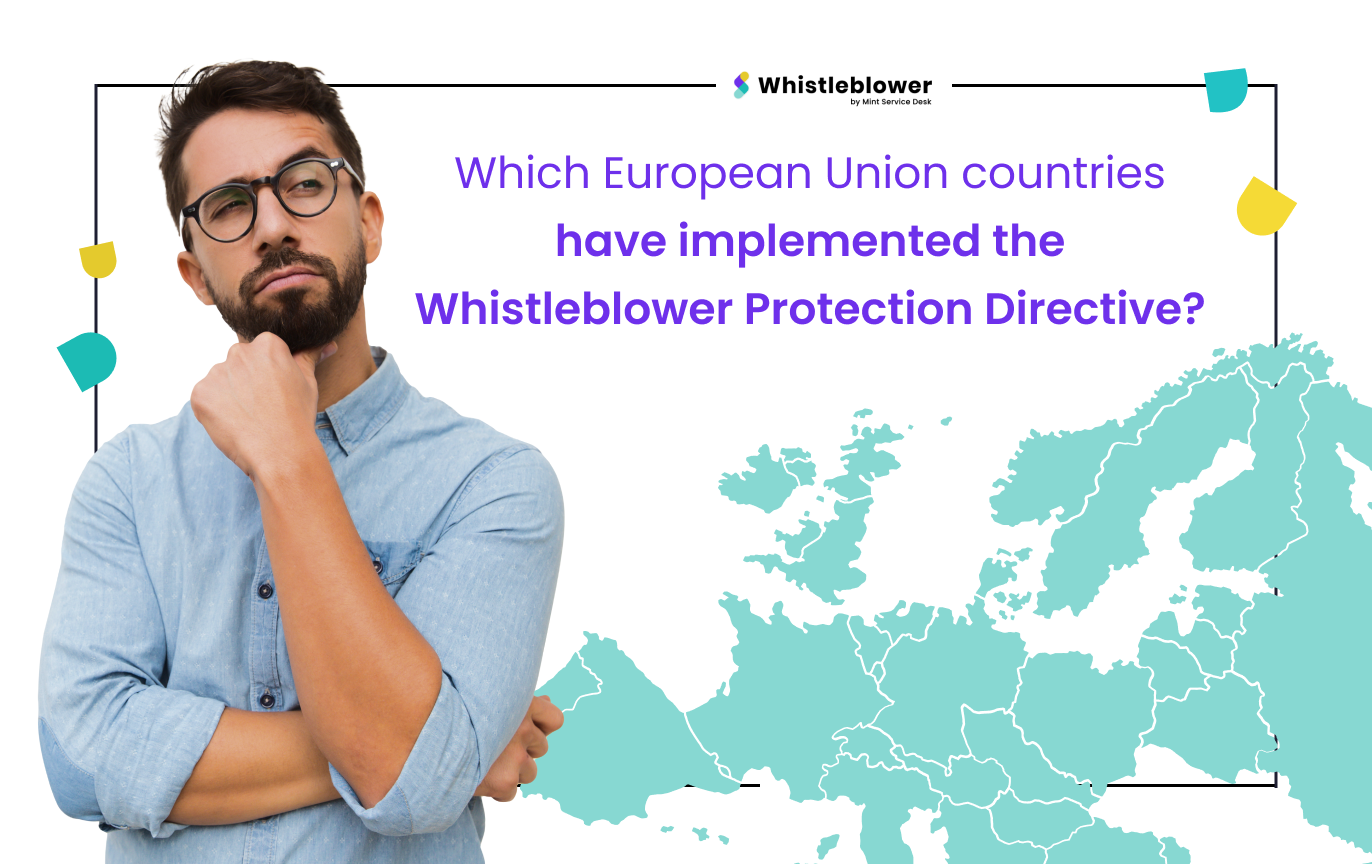 All member states of the European Union were required to implement the Directive by 17 December 2021. Which of them transposed the Directive into national law?

What was the final implementation date for the European Union countries?

Directive (EU) 2019/1937 of the European Parliament and of the Council of 23 October 2019 regulates the issue of minimum standards regarding the protection of Whistleblowers. Moreover, it obliges many public and private entities to introduce internal channels of informing about irregularities. All member states of the European Union were required to implement the Directive into their national law by 17 December 2021. Find out more about the terms of the EU Whistleblower Protection Directive.

Which countries passed the law first?

Many countries have still not transposed the Directive into national law. This process was delayed in most European Union countries.

Denmark was the first country to implement the regulations to protect Whistleblowers. In this country, the law was passed on June 24, 2021 and thus, companies with 250 employees or more and public sector employers with 50 employees or more had to establish the Whistleblower system by 17 December 2021. For Denmark, this deadline was respected. It is worth underlining that the Danish Whistleblower protection act goes beyond the scope of the directive and allows reporting not only breaches of European Union law, but also Danish national law, including breaches of a serious nature such as bribery, corruption or sexual harassment.

Sweden was the second country in the order of enactment of the law. The Swedish government-commissioned investigation into the implementation of the directive lasted from May 2019 to June 2020. At that time, the report and proposed legislation were published. The public consultation ended in November 2020 and the law was presented as a governmental one and adopted by the Swedish Parliament on 29 September 2021.

Has Poland implemented the Act on the Protection of Whistleblowers on 17 December 2021?

Let us recall that in Poland, the act is to apply to public institutions employing over 50 people, municipalities with more than 10 thousand residents, private entities employing over 250 employees, entities from the financial market and entities dealing with AML / CF, regardless of the sector or number of employees. On the other hand, from 2023, the directive is to additionally cover legal entities in the private sector, employing from 50 to 249 employees.

If your company has not yet implemented an internal Whistleblowing channel, nothing is lost! The Whistleblower system is based on a preconfigured version of the well-known Mint Service Desk platform for asset management. Moreover, the Whistleblower software provides a number off unctionalities and complies with the provisions of the European Parliament and Council Directive (EU). Do not hesitate, fulfill your employer's obligations today and provide your company with the best system to protect Whistleblowers.