How do Whistleblowers contribute to increasing food safety? 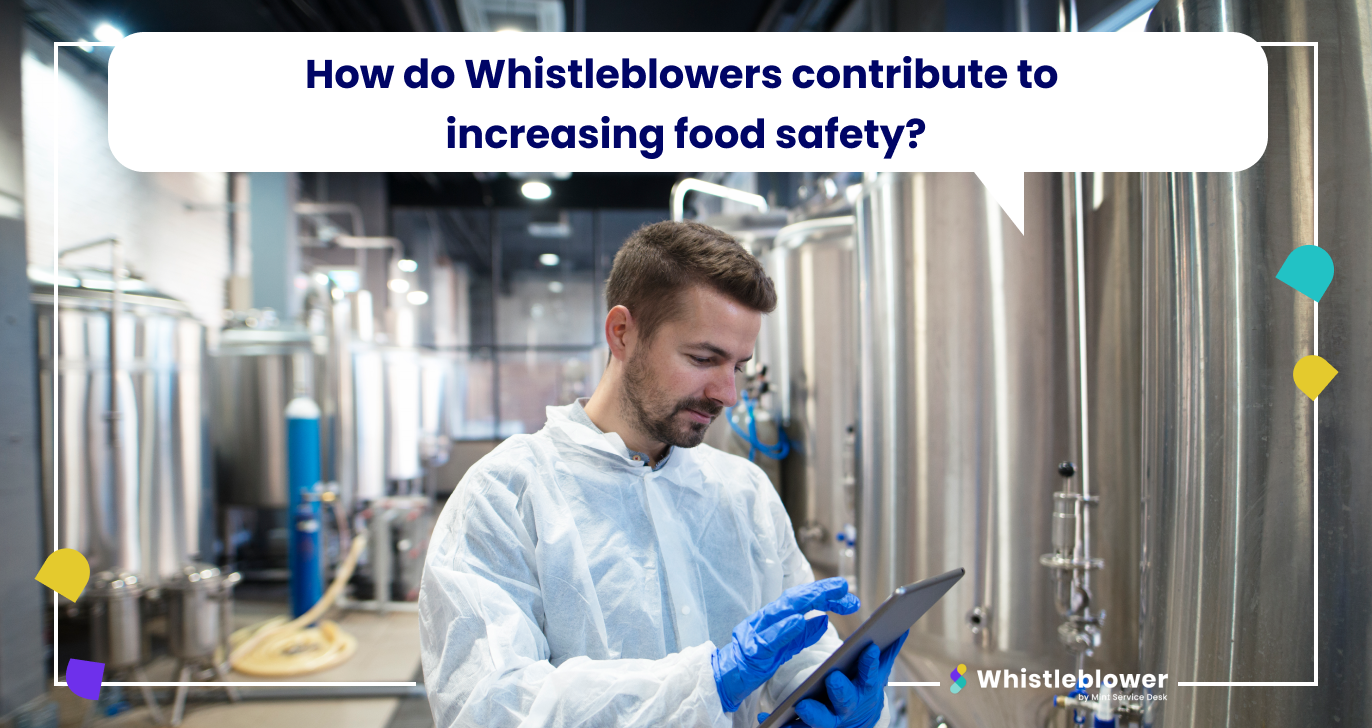 Directive (EU) 2019/1937 of the European Parliament and the Council contain provisions describing the sectors in which Whistleblowers can report violations. Food safety is one of those areas covered by the legal regulations of the directive.

What is food safety?

With the advancement of food technology and the ever-increasing trade, control of hazards throughout the food chain has become crucial to ensuring the health and life of consumers. Probably no customer would like to buy a product that contains harmful substances, and its production broke the applicable standards because the consumption of such food could be associated with permanent health damage. In order to detect this type of illegal practice, a directive was created to protect Whistleblowers in the food sector.

Food safety is the set of conditions and actions that must be taken at all stages of food production and trade in food in order to ensure the safety of health and life of consumers. Nowadays, with the increase in international food trade and globalization, more and more processed food appear on the markets, and producers strive to minimize the cost of its production, which is often associated with illegal or dangerous activities. Whistleblowers can help to quickly identify and detect any situations where the law may be broken. These people are responsible for reporting irregularities and violations, including those relating to food, and the WhistleblowerProtection Directive was created to ensure their safety against possible repercussions.

Employers affected by the directive are required to establish a secure internal reporting channel through which Whistleblowers can report any observed problems. In this way, any irregularities are resolved within the organization, without the need to inform external bodies about the situation. Whistleblower is a modern system for reporting breaches that complies with the requirements of the directive.

Whistleblowers operate in many areas, and their main task is to inform their superiors about dangerous behavior or situations they have experienced or witnessed. One of them is corruption in systems designed to ensure the safety of food products. Situations in which turning a blind eye and not informing about food safety problems in exchange for extra pay cannot take place. The same applies to nepotism, i.e. appointing people to high positions due to kinship or connections, and no qualifications, which not only affects the relationship with other employees but in many cases also reduces the quality of the product sand services offered. Another example is the disregard by inspectors of deficiencies or irregularities in the processes involved in the production of food. Failure to report these events by Whistleblowers may increase the risk of biological and chemical hazards in food or the technologies used for its production.

How does Directive (EU) 2019/1937 of the European Parliament and of the Council relate to food safety?

Which animal health acts are included in Directive (EU) 2019/1937 of the European Parliament and the Council?

Since conventional methods of detecting illegal or prohibited practices are more and more often insufficient, the European Union has introduced legal provisions that are to contribute to the fight against illegal behavior. The two basic acts mentioned in the Animal Health Whistleblower Directive are:

2.   Regulation (EC) No 1069/2009 of the European Parliament and of the Council of 21 October 2009 laying down health rules concerning animal by-products not intended for human consumption.

Food safety plays a very important role in providing consumers with high-quality final products. Adequate protection of this sector affects both human and animal health. Due to Whistleblowers, it is possible to prevent situations in which the law in the field of food is violated, both in terms of production, transport, and sales. In extreme cases, when irregularities are not reported, and more often ignored, the health and life of consumers may be damaged. It is important, however, that persons signaling violations via an internal channel such as the Whistleblower System should not be afraid of repercussions from other people.